ONE OF MANY VICTORIES
Born Mária Haščíková. In 1990 she took part in the World Cross-country Championships. In 1989 she won in Israel with a time of 2h40m39s. In 1992 she won the Tiberias Marathon in Israel again in 2h34m17s, and then she won the Barcelona Marathon, achieving her personal best time of 2h34m07s, the Prague Marathon (2h43m21s) and the Brussels Marathon (2h42m12s). Her performances put her in second place in the ranking of our female long-distance runners, right after Alena Peterková, and she is the third fastest woman in Czech marathon history. 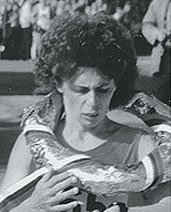